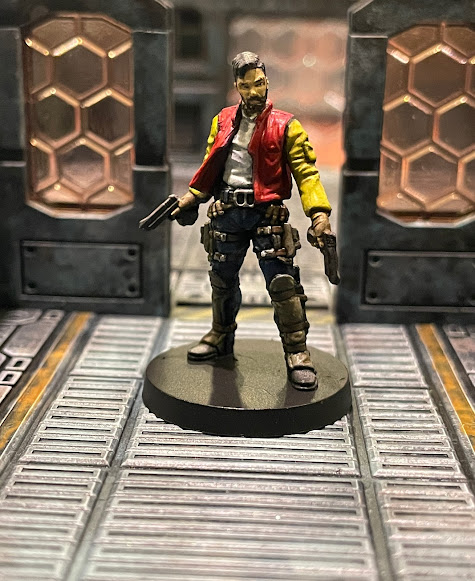 Cole is the final character of the Zombicide Invader Core Set.  He has a lot of style sporting his boldly colored jacket. 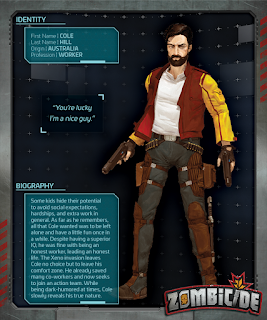 The facial details are getting easier to get to a 'looking ok' stage.  In the 'main' picture the face looks a bit yellow, but it seems better in person.
I may need to figure out some different flesh tone paints as I've been using some fairly old (6-7 years old maybe) Vallejo skin tones and getting any sort of smooth semi-transparent consistency has been challenging.
It was only after I started down the 'blue jeans' path that I noticed that in the box art the pants are much more gray than blue.  The YouTube videos I watched used blue so that is how I got it in my head.  Rather than try to start over, I just darkened the blue down quite a lot and it will have to be 'close enough'.  The zenithal prime wouldn't have been useable if I tried to repaint and the blue didn't look terrible...it just doesn't match as closely to the artwork. 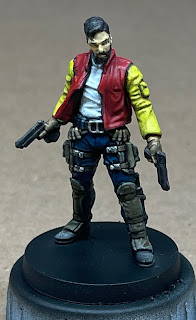 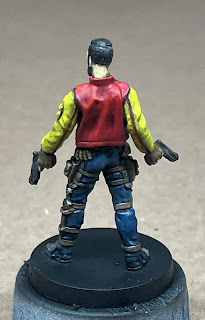 Next up on the workbench (breaking from the characters and going with the scientists from the Kickstarter): 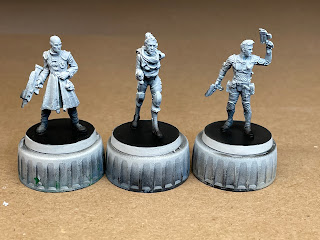