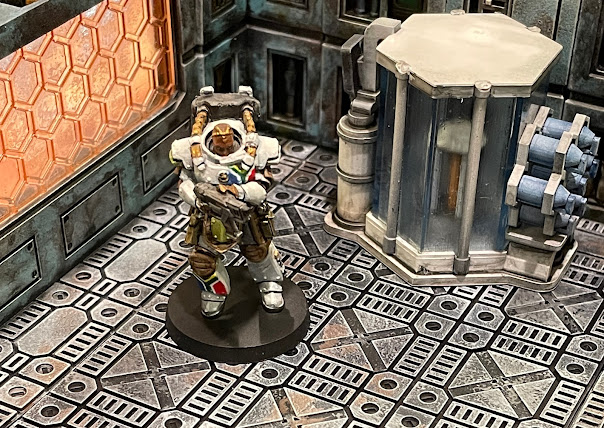 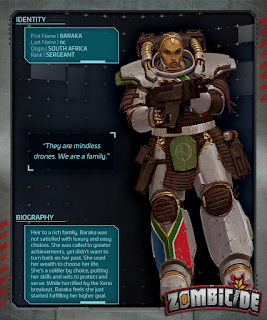 Baraka is the 3rd of the 83 playable characters in Zombicide Invader that I've painted.  The whole process seems to be going more smoothly, but it still is taking me longer than I'd hoped to paint each character.  At this point, getting them all done will take over a year as I doubt I'll be able to keep up my current pace.  I am, however, enjoying the painting process on these and after getting the six core box characters completed, I'll be able to play "fully painted" games.
The zenithal prime worked quite well on this miniature and I didn't need to spend much time on the white armor itself.  The Apothecary White did a pretty decent job of covering most of the armor.
The South African flag was the most difficult to get to what I considered a 'good enough' standard.
This time I changed things up a little bit and used black ink to give some extra visual separation between the different components.  It worked a lot better than the black wash I used on the previous two models.
I'm not sure if it is supposed to be this way, but the head on the model looks like it was glued in and tilted quite a bit forward.  It didn't want to move at all so I just went with it as-is...she just looks 'determined'. 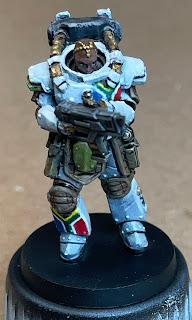 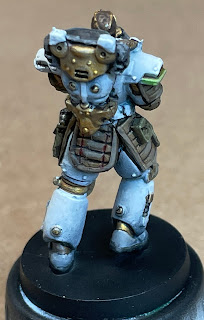 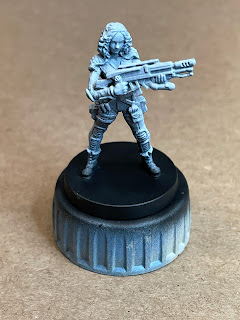