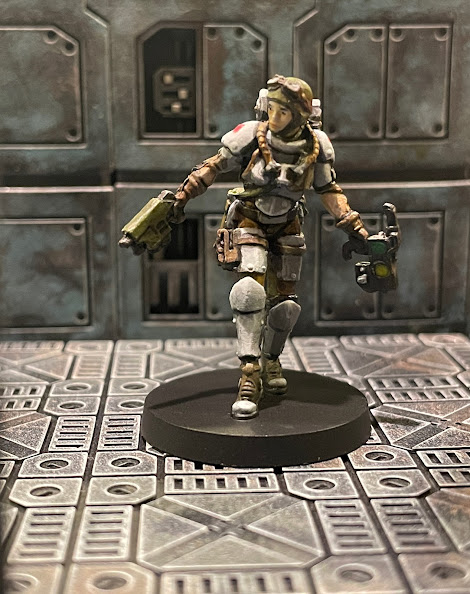 Mitsuki, the second of the core box Civilians, was a fun sculpt to paint.  She has tons of equipment all over the place which took a while, but I like the 'light armor' and general 'sneaky' pose of the figure. 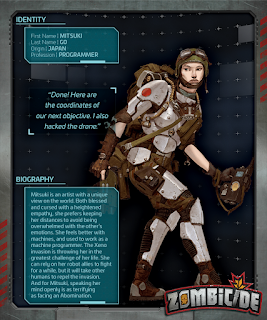 The face/skin of the model has been a constant struggle for me.  This one was another step in the right direction I believe.  Still not what I consider 'ideal', but it looks at least acceptable close-up and pretty good from a table-top distance.

Looking closely, Mitsuki is wearing camo pants under the armor.  I attempted to replicate it, but it didn't turn out great which you can't really tell in the photos, but I know how it looks under a magnifier. ;)
The Vallejo black wash was used again for black-lining the various items.  It was fairly easy and quick to do with the 00 (2/0) W&N Series 7 brush. 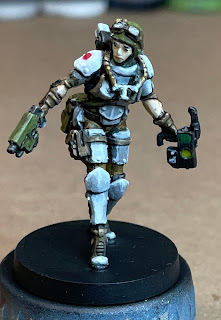 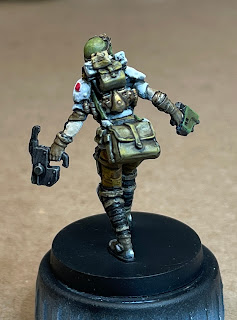 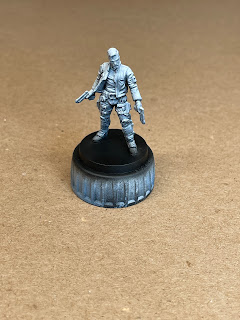