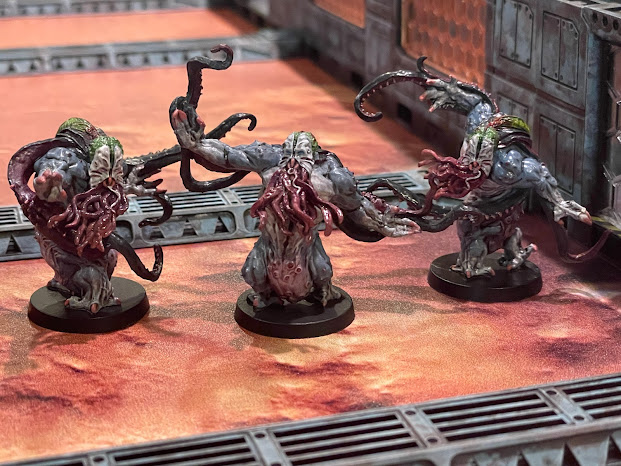 The Xeno Tanks are tougher than most of its cousins and can really slow down the characters as they try to accomplish their mission.  Of the Xeno types, these took the longest to paint as one might expect given the larger, more complex models.  I'm fairly happy with how they turned out, however, the satin sealer gave them a bit more of a shine that I like.  I may decide to re-spray them with a matte finish, but would then want to re-apply the gloss to the face tentacles...  They are considered 'done' for now. 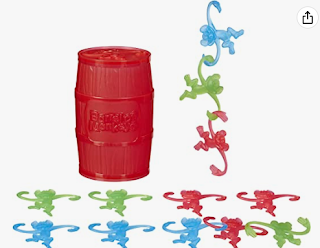 All of the tentacles flailing about causes them to cling to each other and reminds me of a Barrel of Monkeys.  This was a bit more problematic when I stored them all together in a ZipLock bag, but still can be a bit of an issue when trying to pull out just one from the storage container. 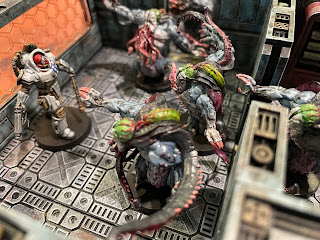 Here are the tanks filling the rooms around Jared who has his work cut out for him. 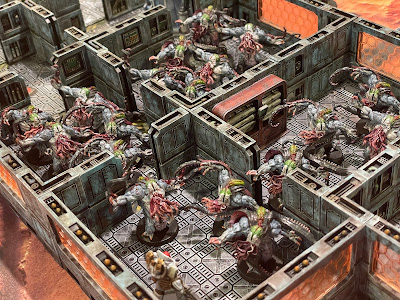 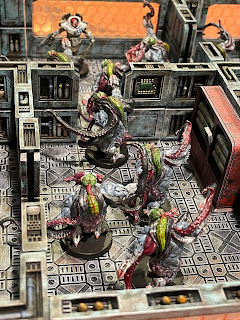 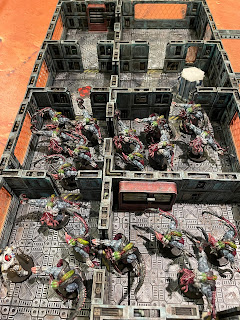 Here are all of the core box Xenos fitting securely in their magnet storage container.  They fit quite well into the 4L "Really Useful Box" and are a lot easier to access than the formed plastic insert that came in the box.  Not to mention, the extra Xenos from the Kickstarter wouldn't fit into the core box inserts so they needed some other place to live. 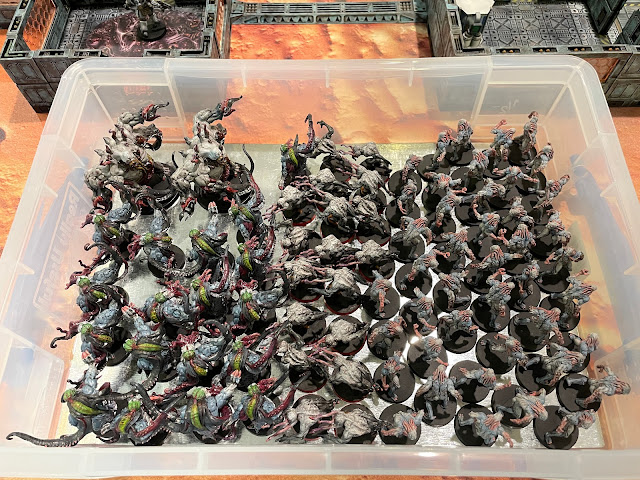