The "Worker" Xenos generally pose less of a threat when on their own than their "Hunter" cousins, but are the most numerous type in the Zombicide Invader Core box and can be problematic when in large numbers. 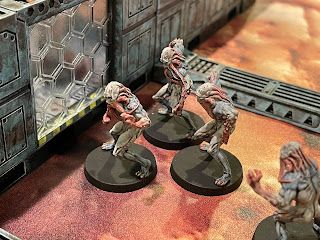 These were relatively quick to paint (compared to the Tanks) and turned out decent enough.  I used the Army Painter Invader paint set and I must say I'm not a big fan of what they call "Tentacle Red".  It is more of a "Pepto Bismol Pink".
The Workers were the first set of models I had painted in quite some time and they worked well to get me back into the swing of painting again.
Here are a few photos of all the workers flooding the hallways of the map I had laid out. 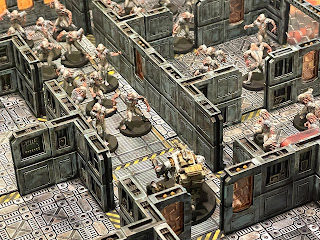 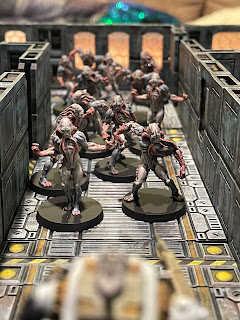 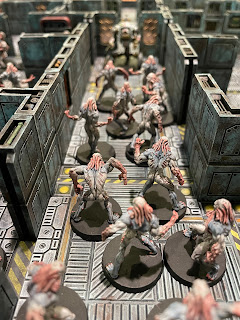 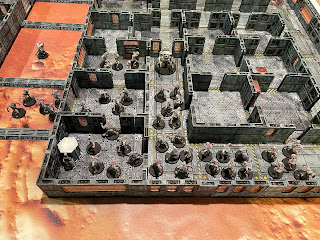