I decided to take a detour from painting the characters for Zombicde Invader for two reasons.  First, I wanted to get some more practice with skin/faces to hopefully improve the quality of the character faces going forward.  Second, there are a few missions in the core set that involve rescuing(M4) or evacuating(M9) scientists, and having actual miniatures instead of colored cardboard markers seemed more immersive.  Who wants to rescue cardboard tokens anyway?

These specific 'companions' are tailored for a set of expansion missions as well as being useful as general stand-ins in the core missions.  Here are the profiles and character art from the Zombicide Invader Operation Persephone mission rule book: 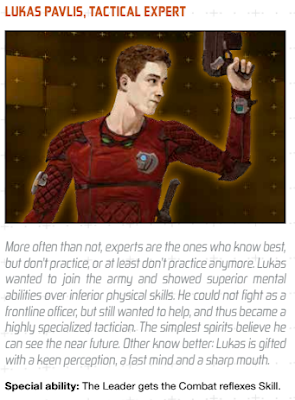 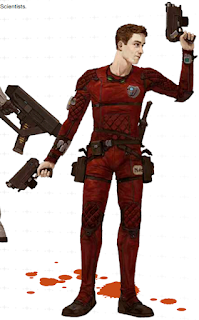 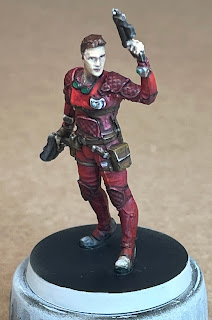 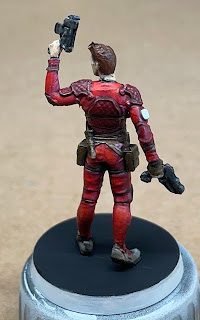 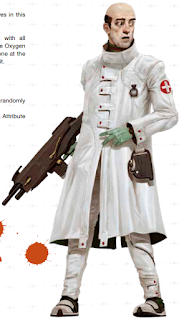 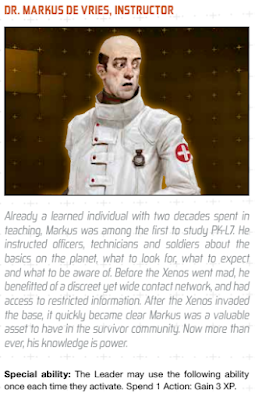 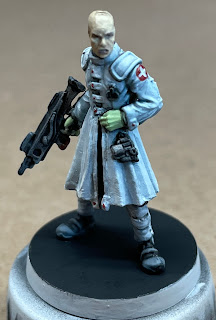 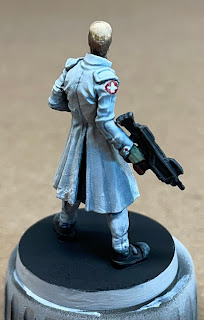 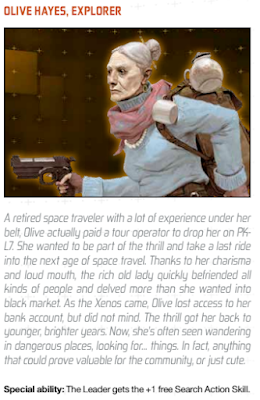 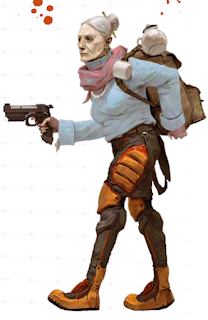 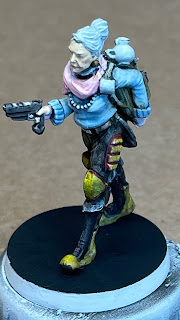 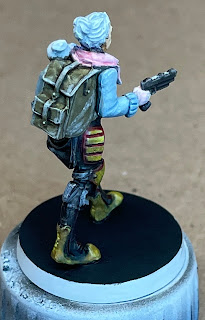 I do like how the rules work for the Zombicide companions.  By bestowing some sort of free action to the character they are 'following', it is a very lightweight way to add some more variety.  Giving the companion their own turn and ability to move around on their own would have caused the player's turn to take longer and just be more complex.  One more free action aligns with a character leveling up and is very streamlined. 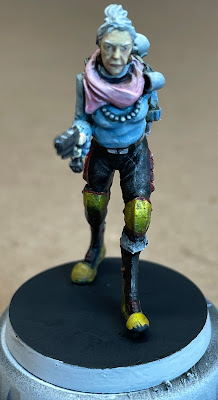 I'm finally fairly satisfied with how a character's face turned out.  Olive's is still far from what I'd consider 'great', but to me, it at least has some 'character' and doesn't look overly blotchy and just wrong.  Olive's face is better sculpted than some of the other characters so it made it a lot easier to paint.  It is probably a combination of having more practice and better-sculpted features that lead to painting this one taking much less time than the others.
Dr. Markus' face turned out decently enough. Fortunately, each face turned out better than the previous as I worked on them in the order presented here.  Hopefully, my skills keep progressing with each subsequent model.
All three of these models have a very fair complexion in the game art...I guess they are busy in the labs and don't get much sun. 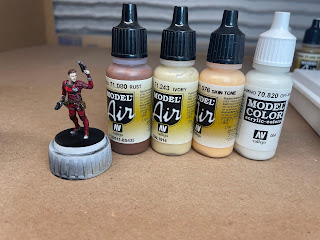 Lukas' face is very pale and a bit 'pasty' as it was my first attempt using the Vallejo Air series to paint skin.  These paints worked a lot better than the old paints I was using, but are a little too thin out of the bottle, and controlling the flow was a bit of a challenge.  His face does look better in person though - still pale, but from the naked eye, it looks decent.

I've acquired some AK Interactive flesh tones and will give them a shot on the next model on the workbench: 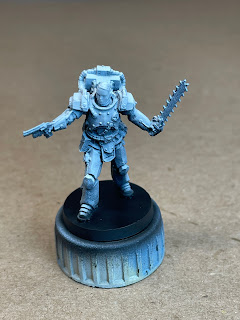