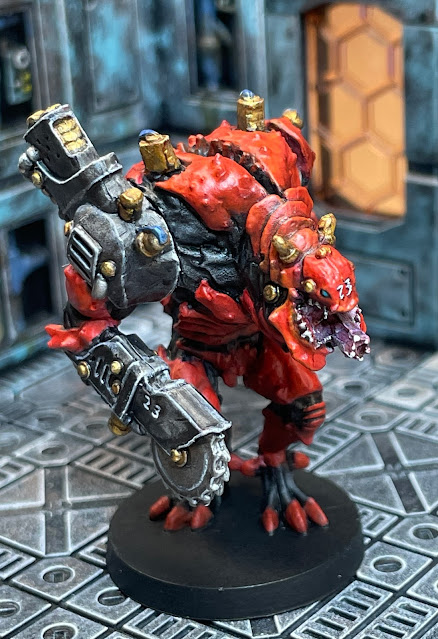 Frank is an interesting concept and quite different from the multitude of power-armor-wearing heroes.  I almost skipped painting Frank as I planned to paint the Xenos from Dark Side to get some more practice before tackling this character.  In the end, I figured I'd spend more time on the character than the hoard of red Xenos and the technique may be different anyway.  As long as I stick to the same general paint colors, the level of consistency should be sufficient. 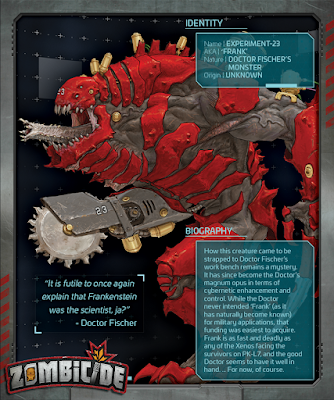 Strange the number '23' is used on the forehead and buzzsaw as it is the same number as on the original Peacekeeper Bot.  Not sure if there is any significance or just a coincidence.
The relationship between Doctor Fischer and Frank as well as the abbreviated name of 'Frank' lends itself to Frank being a homage to Frankenstein's Monster. 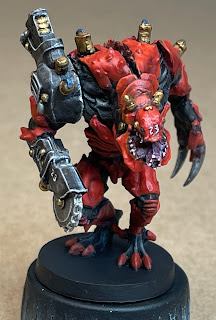 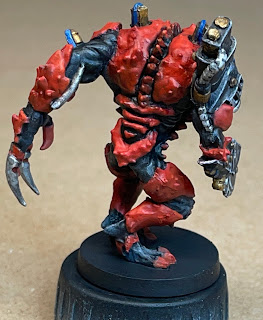 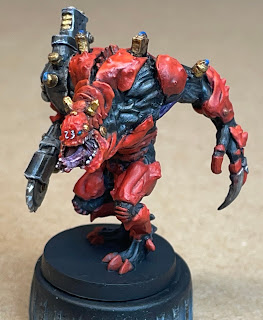 I tried a few new paints on this model.  The AK Interactive yellows that I tried out previously were very impressive in their coverage and ease of mixing & use so I picked up a few in the red spectrum.  I also picked up the Black Templar contrast paint from Citadel.  That black contrast REALLY covers and is basically liquid darkness.  It didn't leave any of the zenithal prime showing through to 'contrast' at all.  I ended up doing some drybrushing of Filthy Suit after the contrast had dried and then covering that with Dark Tone from Army Painter.
The reds, however, did not disappoint.  My painting steps were not very efficient and I ended up just wet-blending most of the carapace areas.  The AK paints themselves, however, were very consistent and easy to apply.
Paints used on this model: 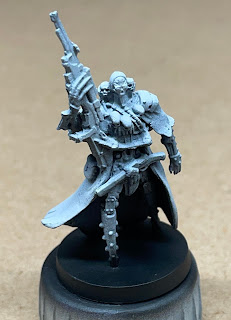