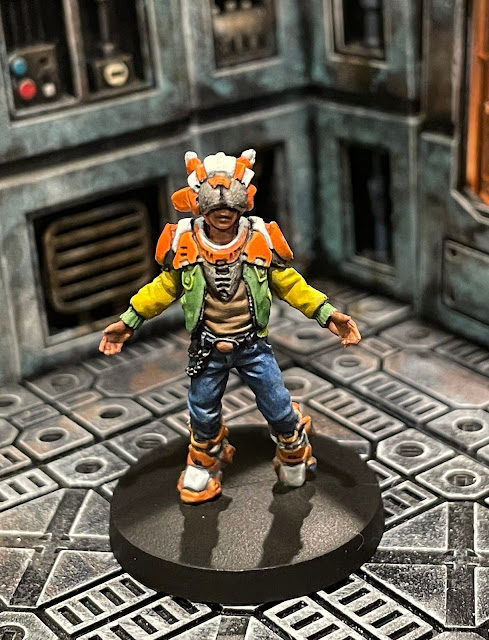 The Wizard was another fun model to paint.  Zenithal highlighting was definitely helpful to add natural variation in color to the blue jeans and jacket.  The only issue I had to deal with is that the yellow looked a bit green going over the darker areas.  This may not have been too big of an issue if the primary color of the jacket wasn't green.  As it was, it looked like paint from the jacket had spilled onto the underside of the arms of the jacket.  The problem was solved by mixing a little brown into the yellow and selectively layering the shaded parts.  I definitely wanted to avoid using any sort of brown wash on the sleeves of the jacket as that lesson has been learned several times...it just makes it look 'dirty'. 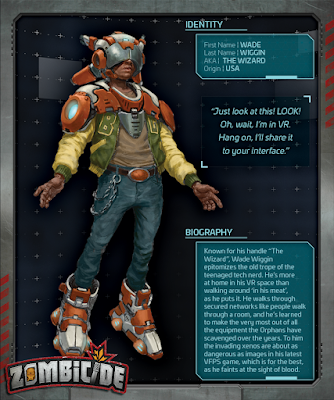 Taking a break between base-coating and highlighting & touch-ups seemed to work a bit better.  At the very least, it didn't feel as tiring to paint a character start-to-finish in one sitting.  Completing The Wizard marks the halfway point of the Orphans Gang.  I'm enjoying painting them thus far and will miss painting their over-the-top orange and white flight suits/armor once all are complete.As with most of the rest of the gang, The Wizard is heavy into machine control plus some extra movement opportunities.  Although, Zero-G Run at Yellow for a character who already is 'Unstoppable' does not seem to make much sense other than being just a nerfed Free Movement action.  A Free Movement Action is a Red-option for him though so he can really zip around at red. 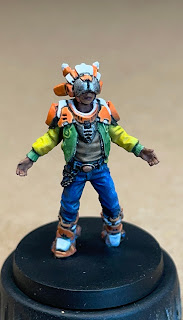 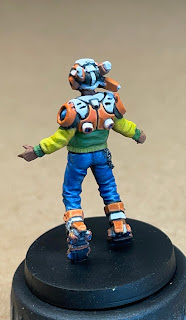 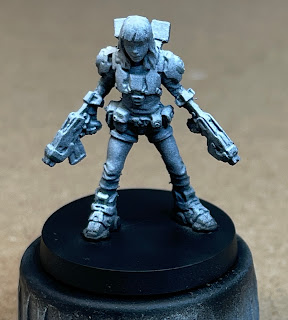