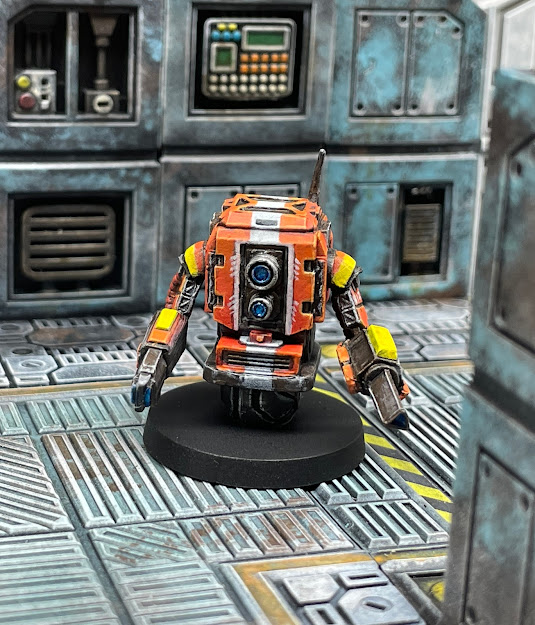 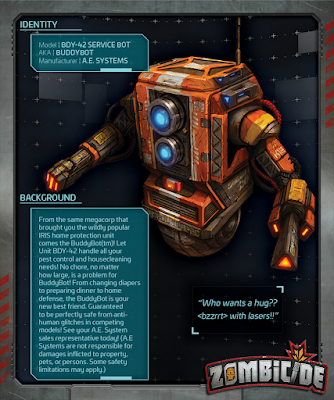 Continuing with the orange color scheme, the Buddy Bot seemed like a good follow-on to the Orphans Gang.  Since most of the orphans are tech-savvy, adding another bot for them to control should be an interesting addition.  They'll have to stay clear of it of course, but the advantage of using it may prevent them from just destroying it as soon as it gets in their way.

Buddy Bot looks to be a homage to "Claptrap" from the Borderlands video game.  I've never played the game, but there are several similarites including the mono-wheel, color scheme including vertical white stripe instead of horizontal, and the blue camrea 'eye'.

We shall see if this 'abomination bot' adds an interesting aspect to the game or if it is just irritating due to instant character death caused by a couple extra abomination activations. 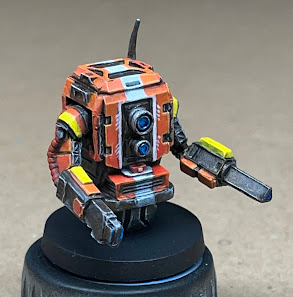 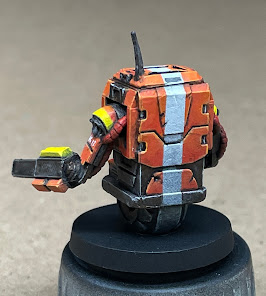 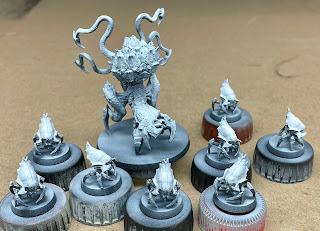