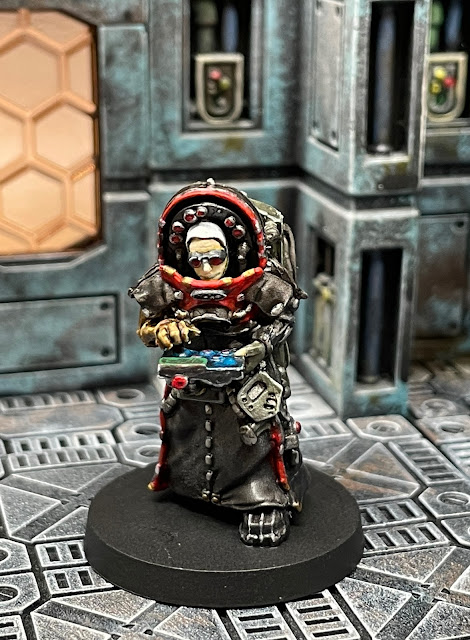 Well, I wouldn't say my brushwork on this model was overly 'inspired', but it didn't turn out too bad.  She kind of looks like he is a 7th member of the "Black Squad" I painted earlier. 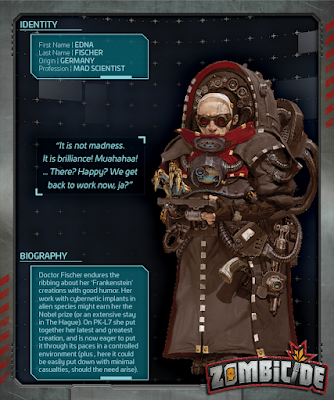 I don't feel as though the skills fit very well the character.  Given the +1 to ranged dice roll in orange and +1 die ranged in red, this gal is a ranged beast rivaling Kyle and other 'big guns'.  Auto-repair and/or more free machine actions to add to her blue skill seem like they would have been a better fit.
The skills she has would make more sense if they applied to the machine she is controlling, but from my understanding of the rules, that is not the case.  Might have to make a special house rule to allow those skills to apply to the Bot/Sentry she controls just to make him more thematically correct... 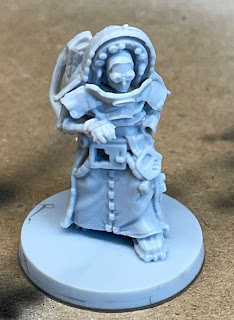 Another reason I've had mixed feelings about this character is that I found the copy I had in my Kickstarter package was missing the computer console.  There is no sign of glue or other hints that it broke off at some point - it is just missing.  Frankly, it seems a bit of a miracle that more parts of these multi-part miniatures are not found missing.  There are definitely some people with missing parts that are vocal on the Kickstarter comments, but there are so many miniatures with so many bits, it just impresses me the assembly team does as well as they do.
The problem I had is that in the sea of gray miniatures, I didn't notice his computer was missing until a couple months ago - a few years after the Kickstarter concluded.  I reached out to CMON, but as I kind of expected, they were not able to help me out given the amount of time that had passed.  Fortunately, I was able to find a copy available on Ebay.  It was certainly not inexpensive, but not having a complete miniature would have driven me a bit crazy... 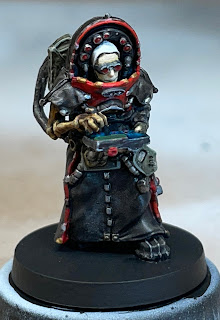 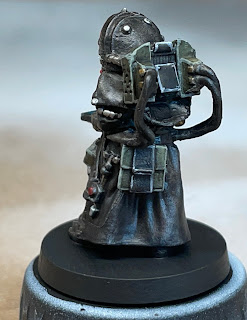 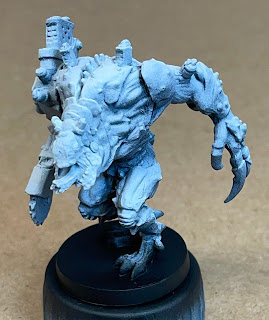