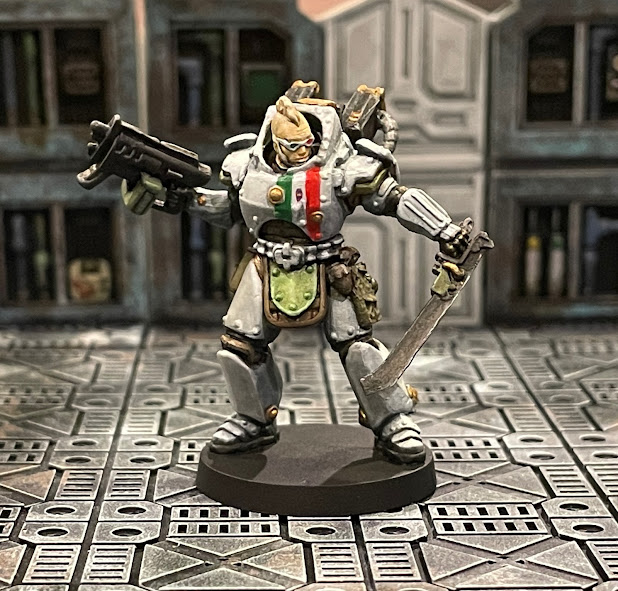 This is the first 'extra' miniature of the Kickstarter exclusives which can still be purchased at the Game Steward.  I couldn't find the graphic including his bio like the other characters so here are the separate text and general graphic from the very nice Zombicide.com website: 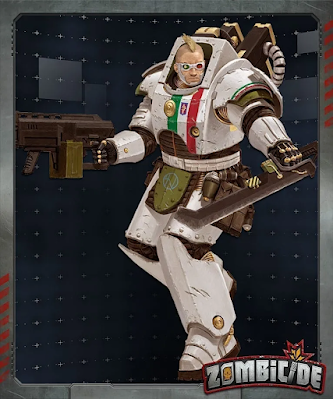 “The shades are a targeting matrix. And they make all my old movies 3D.”

Lieutenant Massimo Tocci loves battle and movies (usually all about battle) in that order. An aficionado of classic films, he’ll spend hour upon hour combing through ancient databanks and caches for cinematic documentaries on battlefields from ancient times. He’s particularly fond of 20th century films concerning the two World Wars, and often fantasizes on what just one modern soldier in powered armor might’ve accomplished on either side. That said, if he wanted to enact the ‘one vs many’ type of warfare, he certainly came to the right planet.

According to boardgamegeek.com, this character is a homage to an Italian game designer.

Similar to Umkos, Massimo has the "Enhanced Senses" skill which allows him to trace line-of-sight one extra room zone and should prove very useful in the primarily interior map layouts. 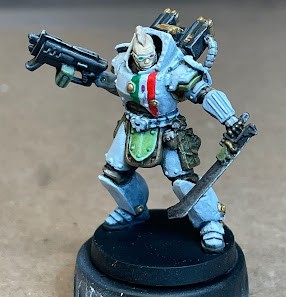 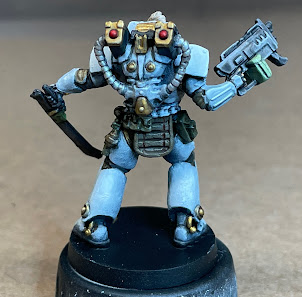 Paints used on this miniature: 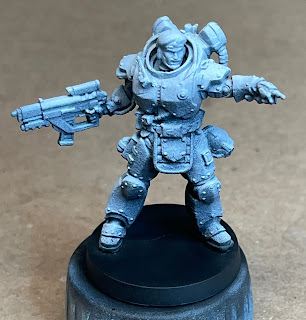