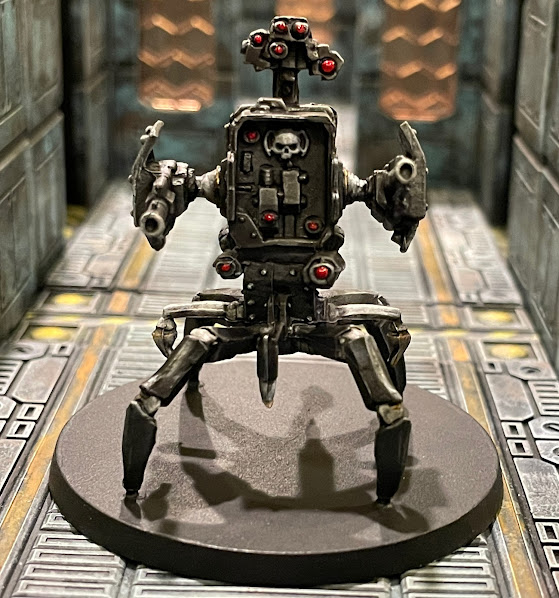 Adding to the arsenal, the XN35 "Crawley" Bot has some strong firepower.  In my quest to make the game more of a challenge, I'll likely not use this bot in-game for a while, but it was good practice for the upcoming 'Black Squad' armor. 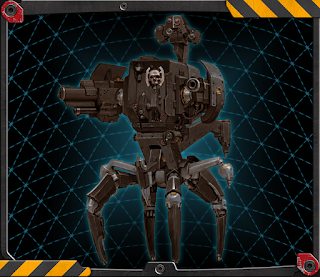 This has been the most simple paint scheme of the models I've painted thus far for Invader as the limited color palette shows below.  I was on the fence about keeping the clear rod that held the model to the base, but after scratching it with an Exacto knife while attempting to remove the masking tape I had to protect it from the primer, I decided to chop it off.  A side-cutter made quick work of it and after a bit of sanding, you can't tell the rod was ever there.  Even though the legs have fairly small contact points, I think/hope the super glue will be enough to keep the four legs fastened to the base.
The factory glued one of the guns on at a bit of an upward angle which I initially wasn't overly impressed with.  I could have cut it and adjusted it, but it definitely looks like it is within the normal operating angle of the machine so I left it.  Perhaps it is aiming at a close-range Abomination's head.
I'm curious as to what the four non-leg appendages are imagined to be used for by the designer.  Given this machine has no melee attack, I don't expect they are geared toward combat.  Looks neat anyway. ;) 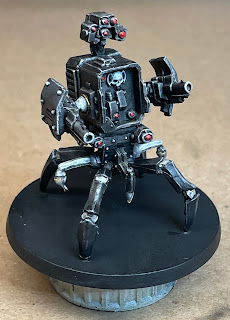 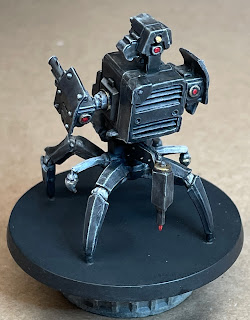 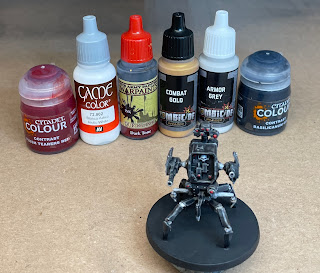 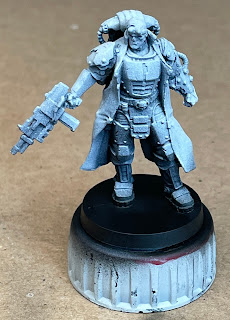