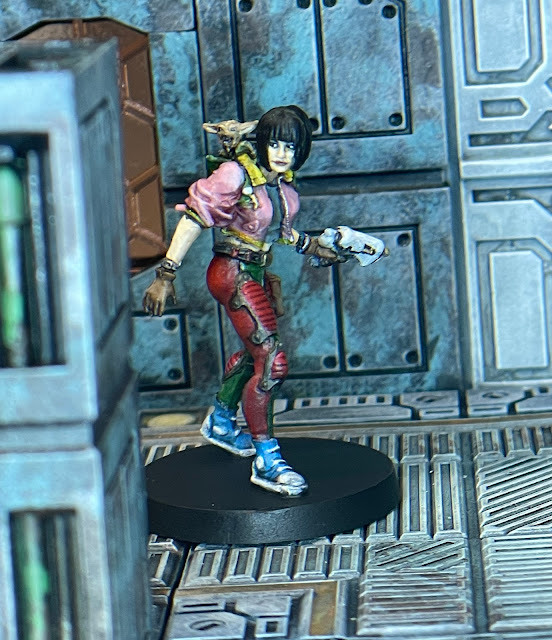 Another character without the Kickstarter bio/photo combo so here is the collected information from the Zombicide website: 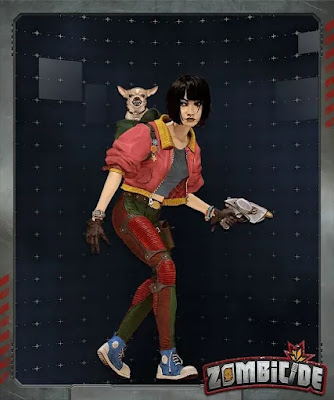 “They say be careful what you wish for. No kidding.”

Allyson Cardenal is the only individual known to stowaway on an interstellar vessel, an easy task for a self-taught computer savant. But hiding in a cargo-liner’s vast hold is a different matter than hiding from JENI, the outpost’s resident AI. She was discovered lifting food from the outpost galley, and imprisoned, pending charges from the UN civilian administration. With the current threat, Captain Connor has granted her a pardon, provided she use her skills for their mutual survival and keeps Turing, her little dog, out of the way.

Allyson is apparently a mix of various characters and the speculation in the previously mentioned BGG thread range anywhere from a grown-up Dora the Explorer (with a dog instead of a monkey) to Penny from Lost in Space (1998) to "Faith" from Mirror's Edge.  Whatever the case, her dog looks unfriendly and I like the sneaky pose.  I did run across another spreadsheet that has another summary of the various homages.

After seeing Allyson in action, I must say she is a pretty powerful character.  Her initial skill of 'Free machine action' can be kind of dull to start with for scenarios that do not give immediate access to the bot or turret.  However, she is a woman of many talents receiving a free move action at orange and free combat action at red.  Basically, she can take three actions before even starting to dig into her base 4 actions (once she reaches red of course).  Seven actions - pretty powerful. 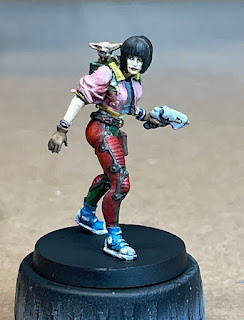 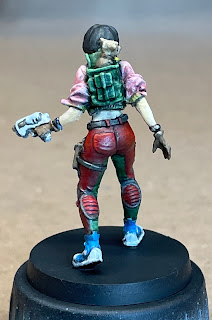