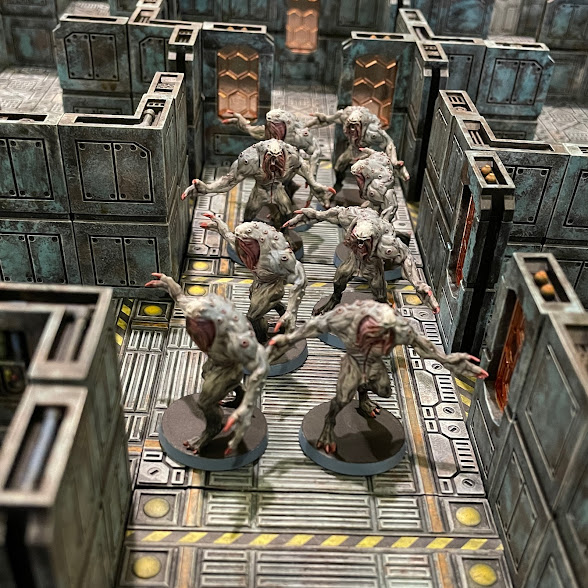 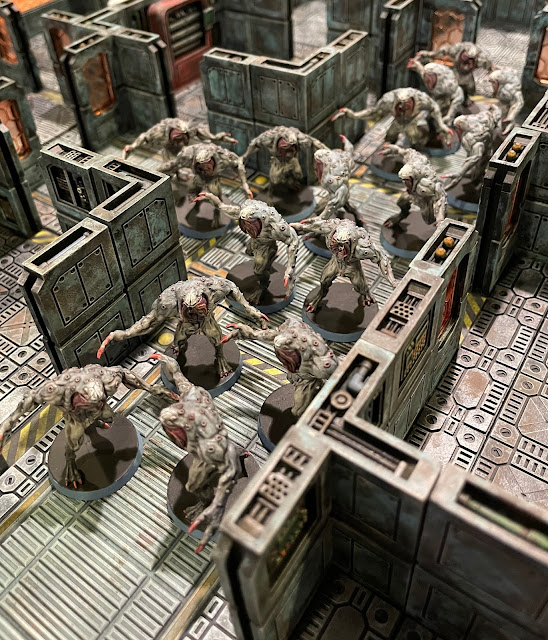 Yes, more of them this time.  Turns out that adding the Seeker Workers and their full set of spawn cards to the deck cranks up the difficulty significantly.  Unfortunately, it cranks it up by increasing the frequency of 'Abomination Rampages'.  Since there are only 8 Seeker Worker models in the Xeno Extras package, the entire supply can be exhausted in two draws of Seeker Worker cards.  This causes not only the Seeker Workers on the board to activate again, but also all of the Abominations to get another activation.

While a healthy fear of getting too close to an abomination at the end of the player phase is a good thing, it is quite a bummer to get taken out by an abomination that started 3 zones away after its initial move.  Well, this happens quite frequently with a set of 12 abomination cards and the 11 Seeker Worker cards replacing the 11 lower-numbered original spawn cards.