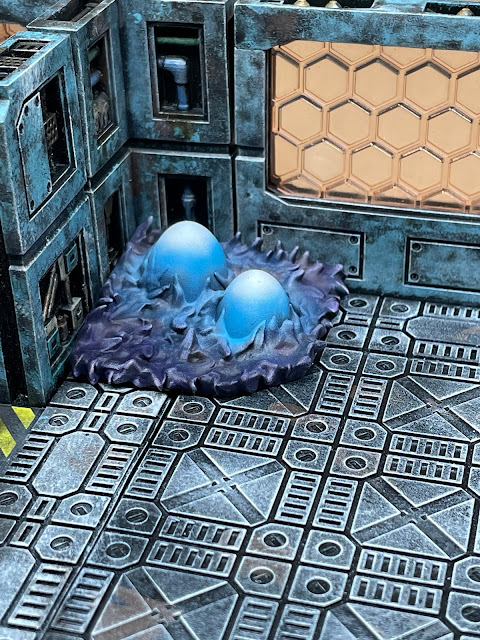 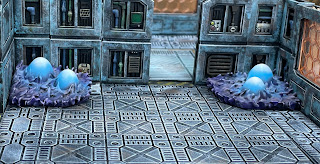 Pod Zones act as active mold zones with a bit of an extra 'bang' as they can be targeted with ranged attacks and destroy everything in the room when hit hard enough.  It will certainly be nice to have an additional way to deal with the Juggernaut abomination as it is the leading cause of character death and challenge up to this point. 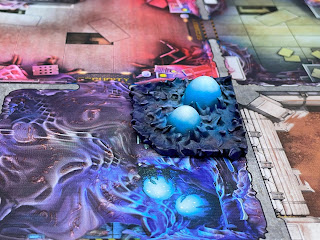 Since the Black Ops expansion has the Pod Rooms printed on the game board rather than separate paper/cardboard tokens, something was needed to represent them on the 3d terrain board.  I plan to continue to use the paper 'mold' tokens that come with the base game - at least for now.  The mold can just be slid under the pods and the pods can be removed and mold flipped to the inactive side when destroyed.
These were a nice opportunity to use the airbursh along with the Vajello Air paints I received for Christmas and the new Badger air compressor (with an air tank) for my birthday.  Both worked fairly well, but I know I could have spent some more time on them to get a better effect.  The airbrush made quick work on them with just a bit of drybrushing and a black wash (which was probably not necessary) to top them off.  I tried to replicate the color scheme as accurately as possible and they turned out to resemble the game art well enough in my opinion. 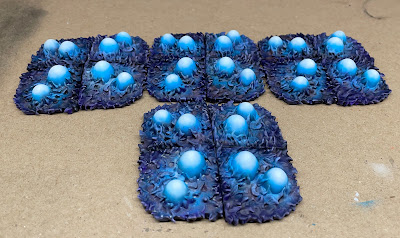 If my count is correct, 16 pod zones will be more than enough to cover any Black Ops scenario.  On most scenarios, there are far fewer than 16 pod zones so I'll probably add a couple of these models to each pod zone on the map.
I've updated my Thingiverse 'thing' with the STL for the pods:
https://www.thingiverse.com/thing:5337884
The sculpt was a bit lazy and it has a few resin traps and islands so running the sliced file through UVTools is recommended.
Paints used: 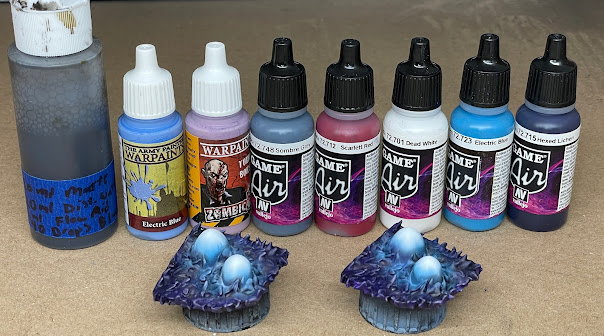