Below are some photos of the Toxic Zombies I've got painted up so far.  Many of them have been modified in some way to give a unique look to them all rather than some sort of rank & file uniform appearance.

Initially I tried dipping them in boiling water and adjusting arm, leg, and torso positions as I mentioned on this message board posting.  Although they looked excellent and it took very little time, most of them slowly reverted back to their original positions over the course of a month.  I then went back to cutting and re-positioning limbs which turned out well and helped break up the monotony of poses.  Hair was also added to many of the figures to give each a unique flair.

There are a few painting styles for Toxic Zombies that I found and I chose to follow the excellent instructions Sorastro has here.  I left the original bases and opted for a simple matte black with green stripe around each.  The runners are noted by a set of red stripes over the green.

Enough text...here are the photos grouped by their original pose: 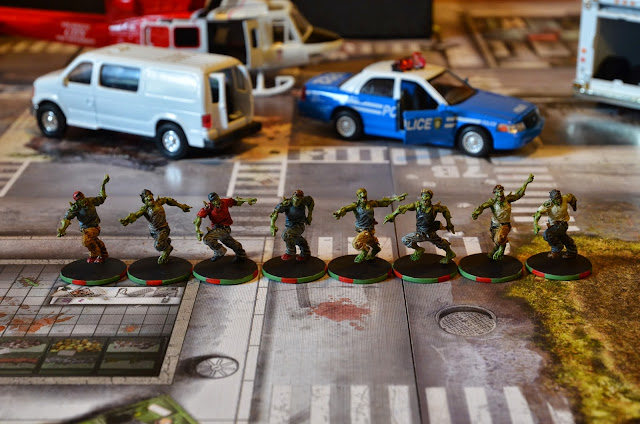 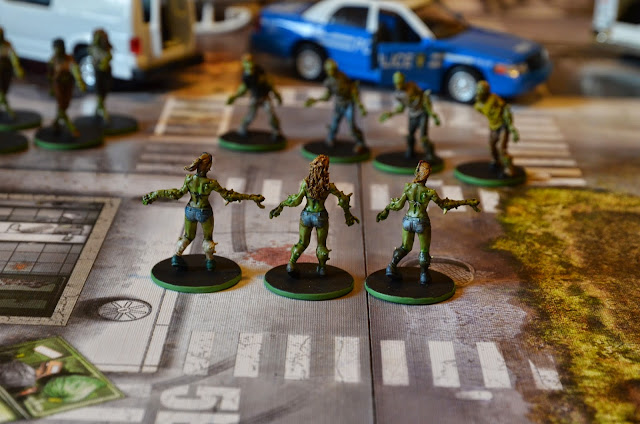 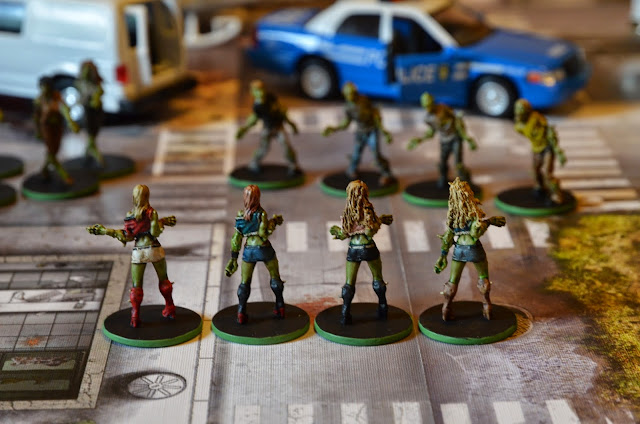 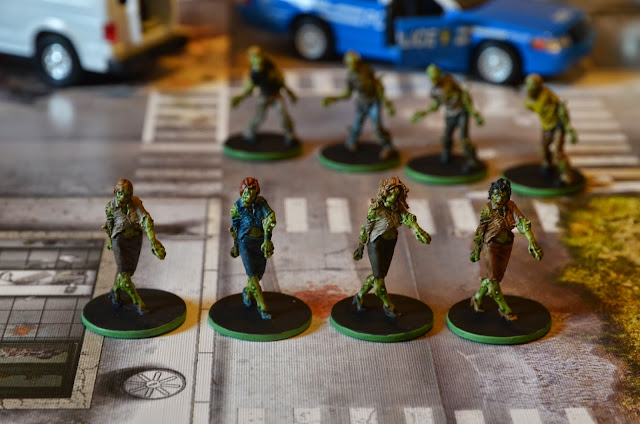 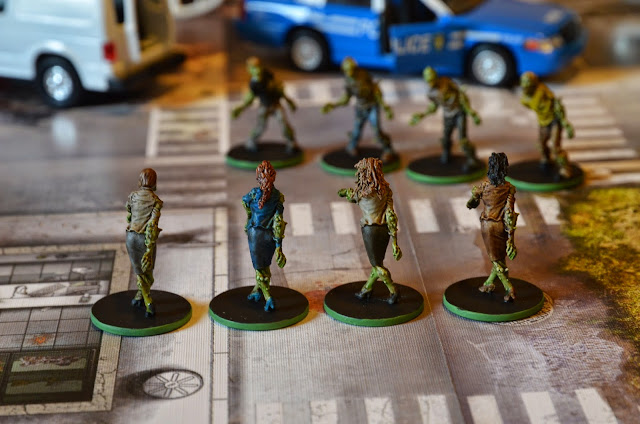 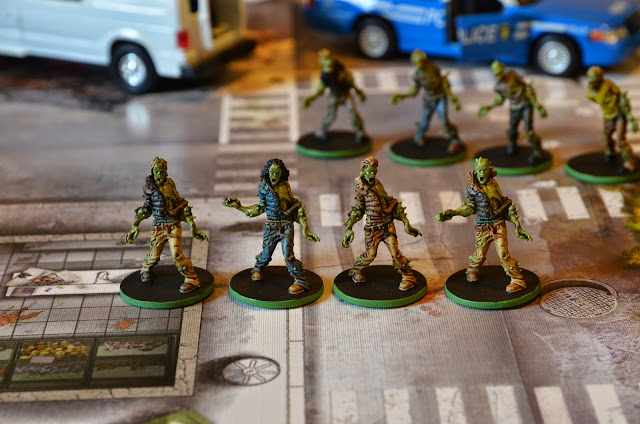 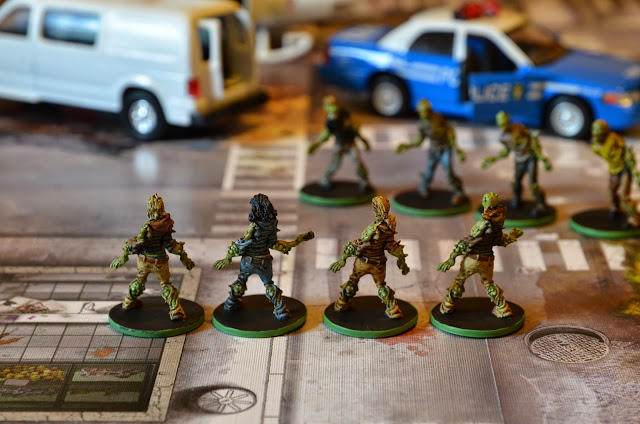 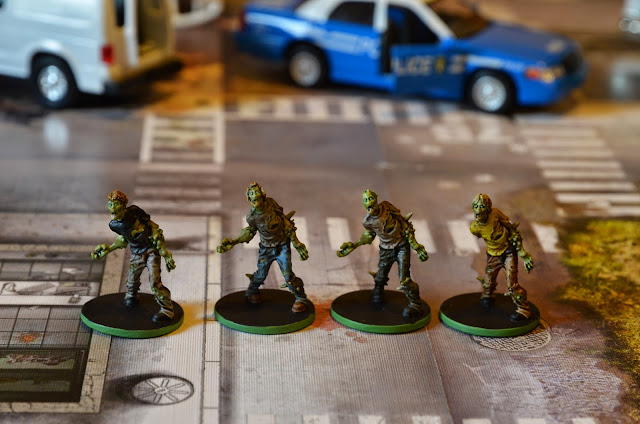 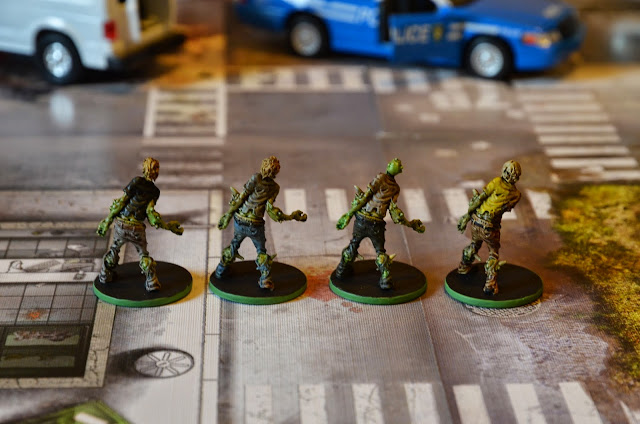 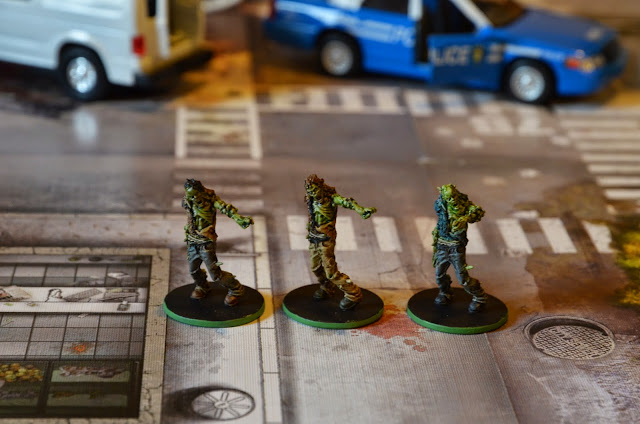 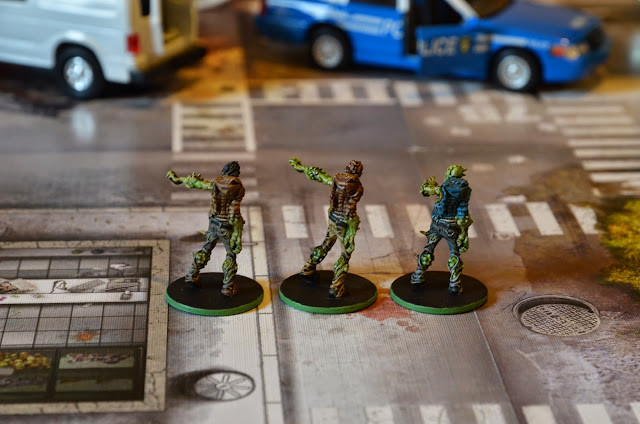 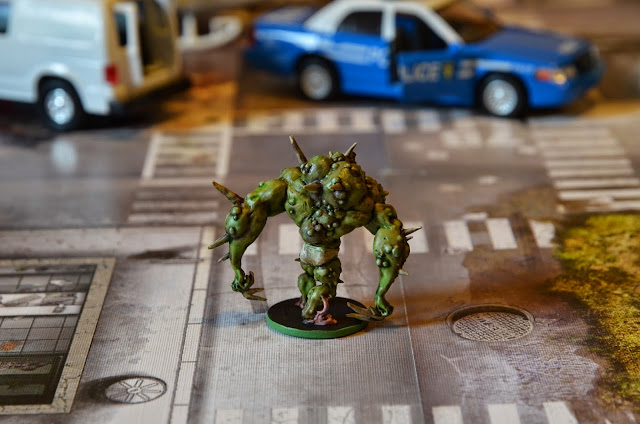 Overall I think they turned out fairly decent.  The Army Painter paints worked well and I like the tones/inks the Mega Set II comes with.  To start with I primed them in Army Painter Necrotic Flesh and also followed Sorastro's suggestion and used Citadel's Waywatcher Green glaze to give the green skin tone.  There is also a bit of Citadel's Nurgle's Rot seeping out of some of the fatties.  I also used Nurgle's Rot on the tongues of the Zombies, after sealing with Testor's Dull Cote, to give them a bit of a sickly yellow shine.

That is it for the Toxic family for now - oh, except for the family photo! 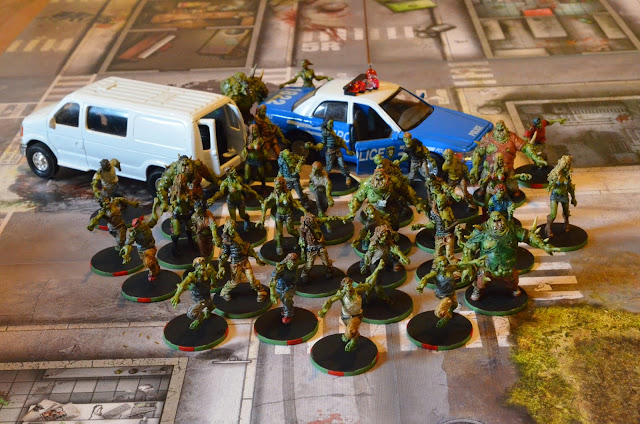