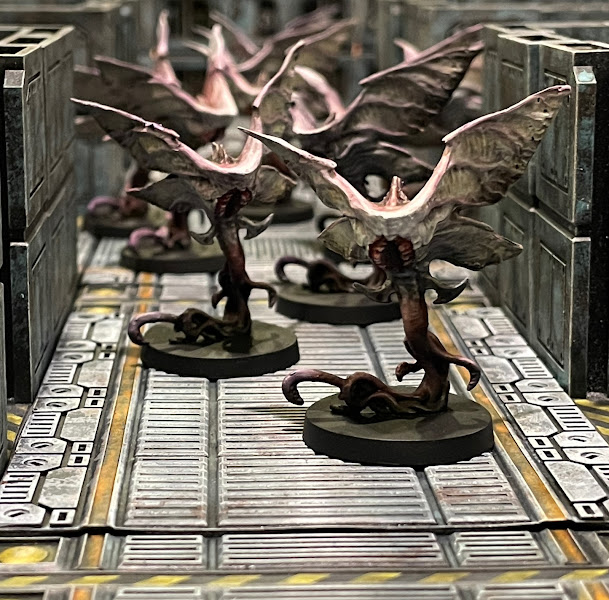 Time to increase the challenge!  I used the unpainted Xenomoths some time ago and found that these Xenos require some additional thought and planning.  If disposed of quickly, they generally haven't been much of an issue, but they can really slow things down and be very deadly when in larger numbers. 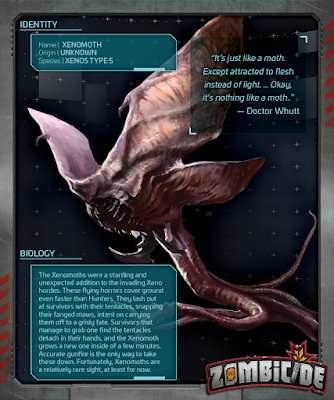 The Xenomoths were fun to paint.  Even though they didn't turn out exactly as I envisioned, I think they still look nice and will certainly add a new challenge to the game.  My original plan was to use an airbrush template and spray subtle 'spots' on the back of the wings.  I tried it on one of the models, but didn't use a dark enough color for the spots and it just didn't have the effect I was looking for.

The whole flock was painted up over the course of two evenings - plus another smaller chunk of time the night before to zenithal prime them.

Knowing the not-so-fun Abomination rushes that can be caused by having only 8 models of a particular Xeno type, I picked up a second set of the Xeno extras which includes 8 more to make it a little more reasonable.  Below are a couple photos of the full flock of 16 Xenomoths. 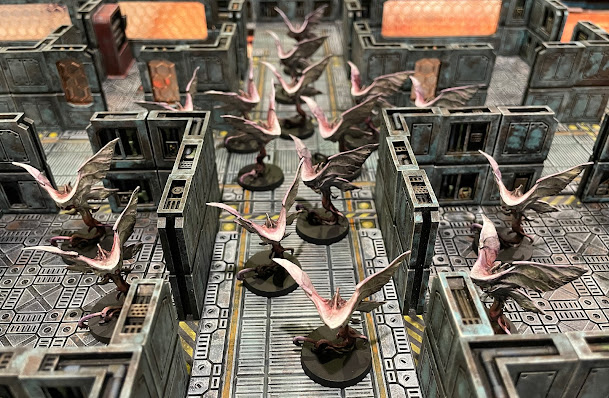 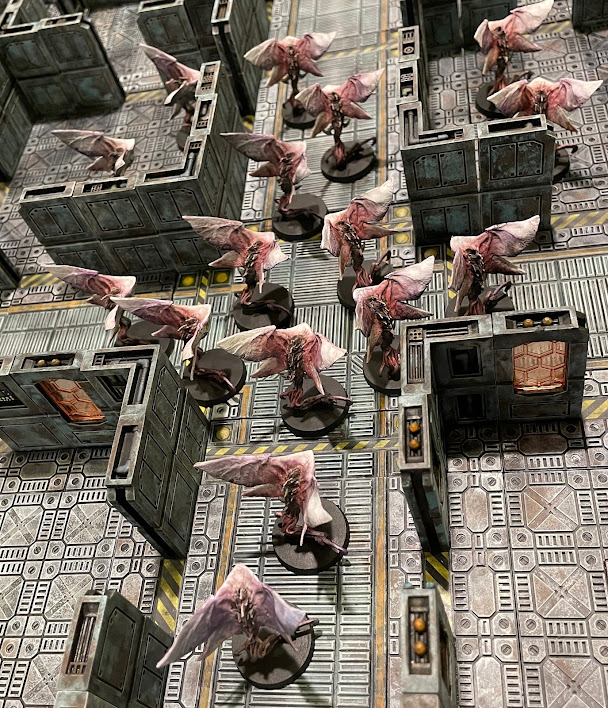 The painting prototype is still part of the 'flock' as I couldn't bring myself to strip it and start over so I'm making up some lore:  The males of the species are nearly indistinguishable from the females and are identifiable by the subtle blue spots on the back and slightly more colorful 'fronts'.  Never is there more than a single male within a flock and if one is part of the flock, it is usually flying at the back and last to enter combat.  It is, of course, difficult to identify them when alive since they are often taking a bite out of anyone attempting to spend time examining them in flight.

Here are some on-the-workbench, but finished, photos of a 'female' Xenomoth that make up most of the flock: 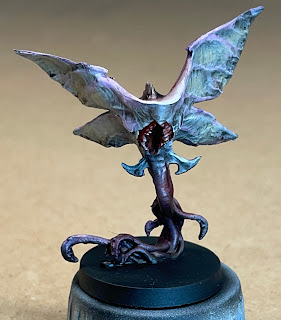 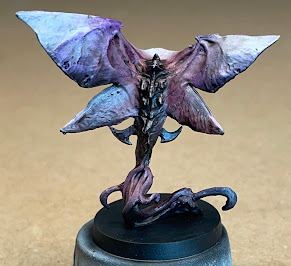 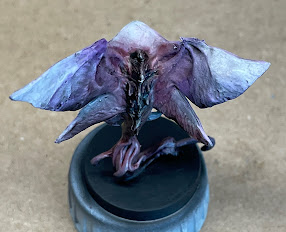 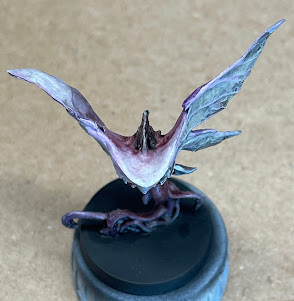 Paints used on these models: 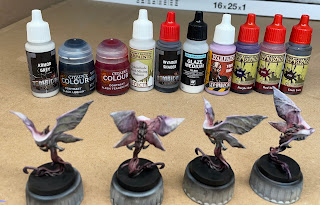 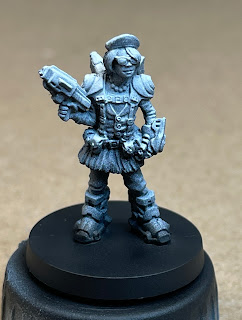