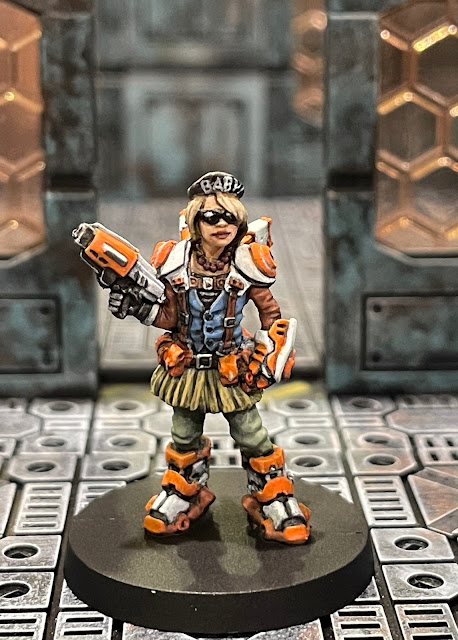 Somebody (Karl Kopinski & Patrick Masson) really took their time designing and sculpting the Orphans Gang.  While most of the characters in Invader do have a lot of detail and 'character', the Orphans Gang is a notch above.  I really enjoyed painting the first of the gang, Baby.  Combined with the easy-to-use AK Interactive paints, the highlights of the various bits were easy and effective.  I would consider Baby's face the best I've been able to do up to this point - certainly assisted by the crisp sculpting. 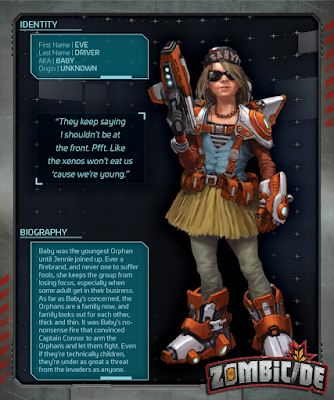 The Orphans Gang has a second default blue skill 'Unstoppable' meaning they can escape from zones with Xenos without having to spend extra actions.  I've never actually played a character with this skill, but it seems like it could be fairly powerful - perhaps a bit too powerful to be balanced.  Not every character is intended to be perfectly balanced with every other character in this game so it really isn't a huge issue.  Most of the gang has search and machine-related actions which in many circumstances are less high-powered so maybe the balance is not too far off.

During the Kickstarter, the Orphans Gang was not added to my list of purchases.  At the time I thought these did not fit the theme very well and I just didn't like the thought of a bunch of 'Unstoppable' kids running around.  Well, I never thought I'd be painting all of the characters for this game nor did I think this would be my favorite of the Zombicide line...  The completionist in me was able to win and found the gang for sale on eBay.  In hindsight, I should have waited until the Game Steward sale where I could have picked them up for $7.99! 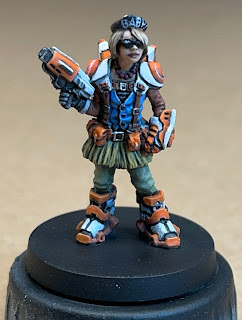 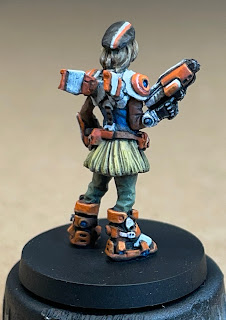 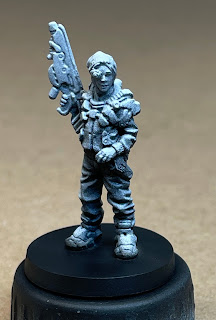