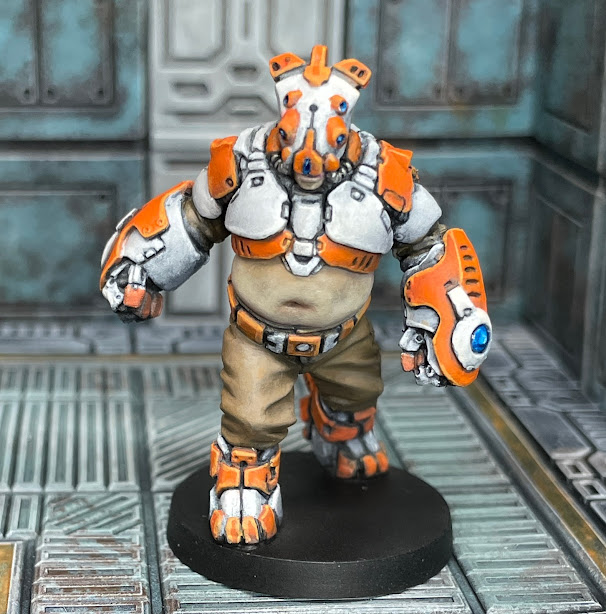 Beyond Goliath's large appearance, his skills confirm him as a combat tank.  He is indeed a melee master and probably the most powerful of all the characters I've seen so far.  After taking Super Strength at Orange level, he literally could take out two Abominations in one attack with a single Cattle Prod by rolling a pair of 4+.  Oh, and he is one of the elite few that can withstand a hit from an Abomination without any additional armor.

Given Goliath's massive combat effectiveness and his 'bodyguard protocols', it would seem fitting to add a house rule that Goliath can at no time be further than 2 zones from Jennie if at all possible.  That would both be very thematic as well as put a minor limitation on this otherwise melee juggernaut.  Since CMON felt it appropriate to not even create a separate web page for the two of them, it seems the intent is clearly for them to stick together. 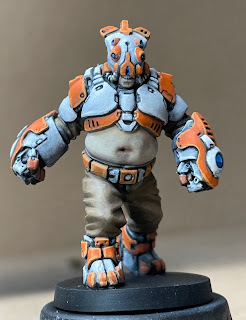 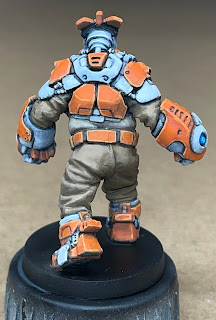 With Goliath done, the Orphans Gang is complete!  Here is a group photo:

This gang definitely feels like the most overpowered group of characters just due to all of them having the Unstoppable skill at blue.  They can basically speed-run many missions with minimal resistance.  I'm sure I'll use them all together at least a time or two, but likely one or two will be picked to join another 'normal' group that still has the possibility of getting 'stuck' with Xenos.
Another observation after playing with four of these characters on a mission that includes Xenomoths - the orphans are basically impervious to them.  Since the moths either move or attack and the orphans can just move out of their zone, they can basically just be ignored except for some perhaps strange edge cases.  Over-powered, but really neat-looking models!
Paints used on this model: 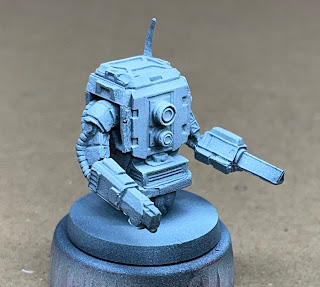