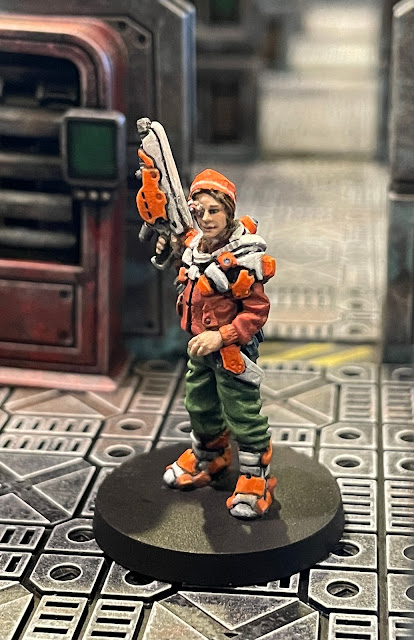 Clops is the second member of the Orphan Gang.  He turned out ok in my opinion, but I learned that it is probably better to work on these over two shorter evenings rather than painting a character in a single night.  I felt that I rushed him a bit and this paint job is definitely not as clean as Baby was.  Base-coating one evening and highlighting the next may be the better approach. 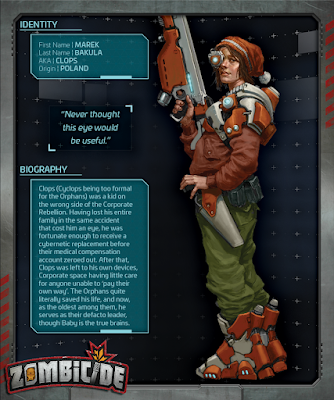 Clops follows along with the scavenge theme that Baby has and will enjoy a free search as the blue skill. Generally, this skill becomes less useful halfway through most missions and actually can make things more difficult since the temptation to search late in the game for 'free' can generate some unfortunate spawns.

He does, however, gain Remote Control: All in orange which could make up for it.  I initially thought the Remote Control: All was a bit out of character and steps on the skills of more specialized characters, but Clops does have a cybernetic eye so maybe there is some Bot/Turret-UI built into it...

Similar to Baby, Clops is a well-modeled miniature and I really enjoy seeing weapons that have some better detail than some of the previous examples.  The armor did feel a little more ambiguous to me which made it a little more difficult to know what color to paint the various bits and to know where one stops and the next begins. 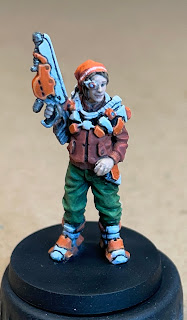 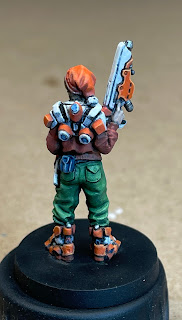 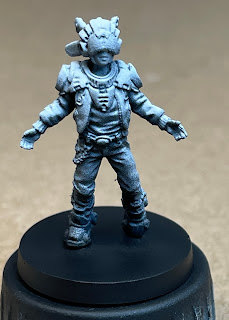