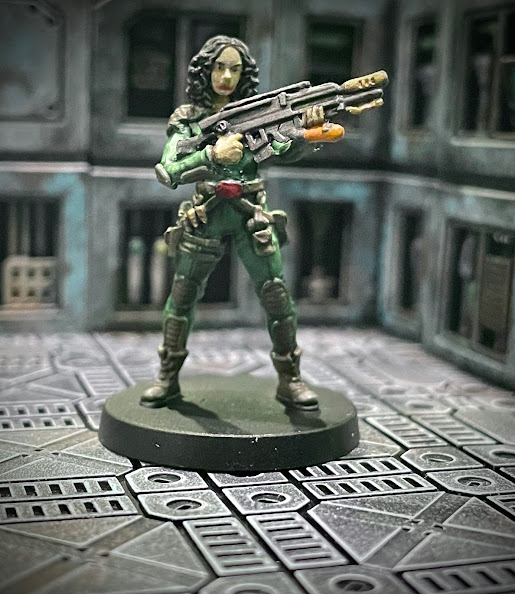 Vivian is the first Civilian character (going by the number on the bottom of the base).  It looks like she went a bit wild with the lipstick in the photo above, but from a distance, it doesn't look quite as disturbing.  The model didn't really have a mouth sculpted nor much of a chin so I worked with what I had and considered it ok for now. 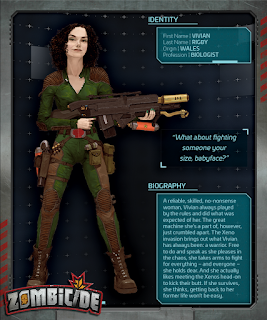 I acquired a couple additional Windsor & Newton Series 7 brushes from DickBlick.com to accompany my trusty size 1 that I've used for years.  In particular, I used the 000 (or 3/0) from the series for the facial features.  Along with the optivisor, was able to paint the eyeballs and eyebrows.

Although still not great, I think this face is somewhat of a step forward over the previous faces I've done in this series.  There is still a long way to go until I'd consider it pleasing to the eye, but one step at a time...

The Vallejo Black Wash replaced the black ink I used previously for black lining between various pieces of clothing and items.  It leaves a bit more natural dark separation than the ink which I like a little better. 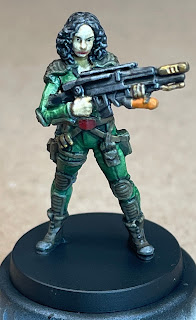 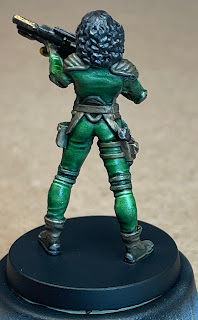 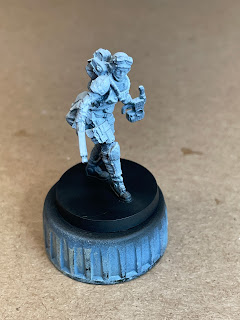