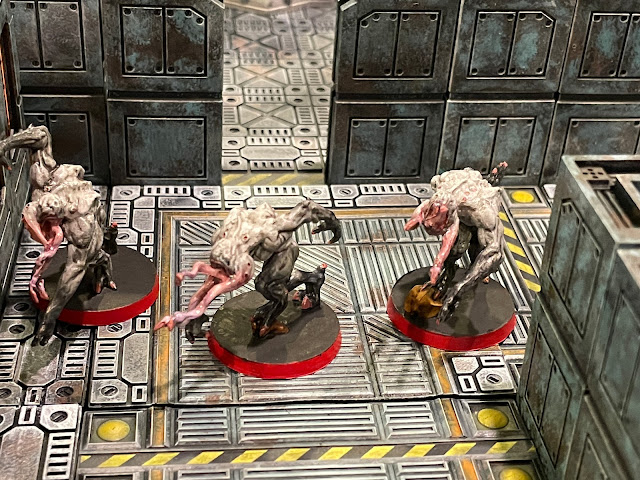 The Hunters can be the most dangerous enemy in Zombicide Invader due to their double activation capability and potentially large numbers. 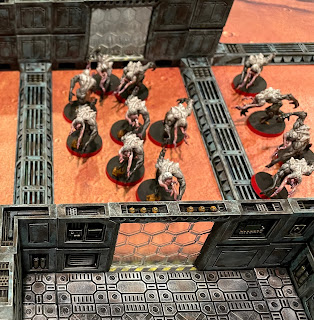 These Xenos were my favorite of the core box alien miniatures to paint.  The blend of black to white was quick to do and turned out better than I had hoped for.  The extra Hunters included with the Kickstarter are a nice addition to the game.  Running out of miniatures is less of a penalty than in other Zombicide games so it doesn't change the balance much.  It is just neat to see more miniatures filling the map as things get out of hand. 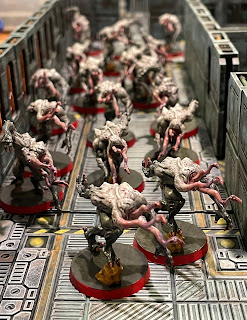 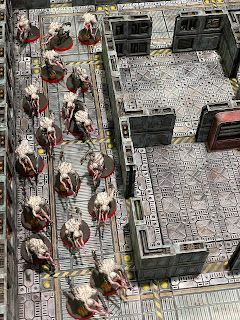 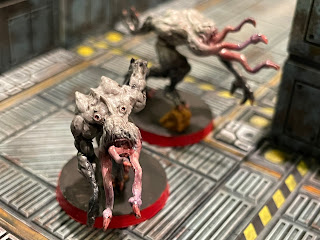