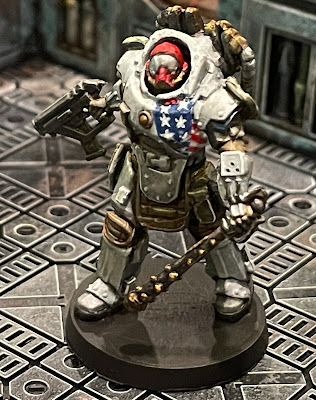 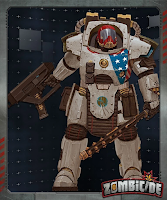 The first character of the Zombicide Invader Core Box.  I chose to work on Jared first because this model probably has the most YouTube videos and game artwork to use as a painting guide.  This model missed completion for the 4th of July Independence Day celebrations, but still fits in the patriotic spirit of the month. 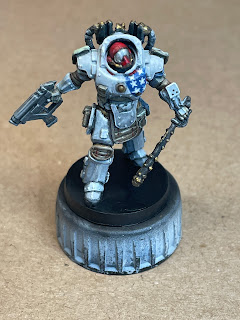 The flag artwork on the chest plate took a while to complete, but was less work than I thought it would be to get it looking at least decent from a table-top distance.   I actually got the red and white stripes painted in one attempt.  The stars were a bit more fiddly though. 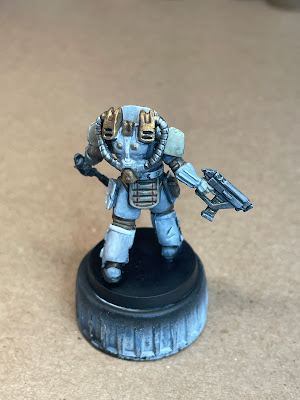 Overall I'm happy with how this model turned out, however, it took a very long time to paint.  The Zenithal prime helped to some extent, but due to a lot of errors in painting the various bits, I ended up trying to do some wet blending and other 'repair efforts' on the white armor.

I'm sure I could have spent a lot more time refining the highlights and cleaning up various areas.  I'm trying to finish each character the same day I start it just to put some sort of time limit to prevent getting bogged down and losing momentum (and enjoyment). 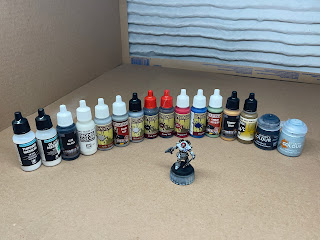 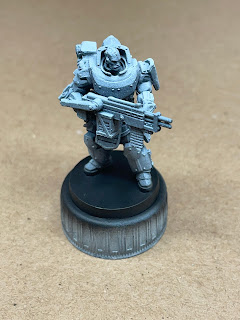