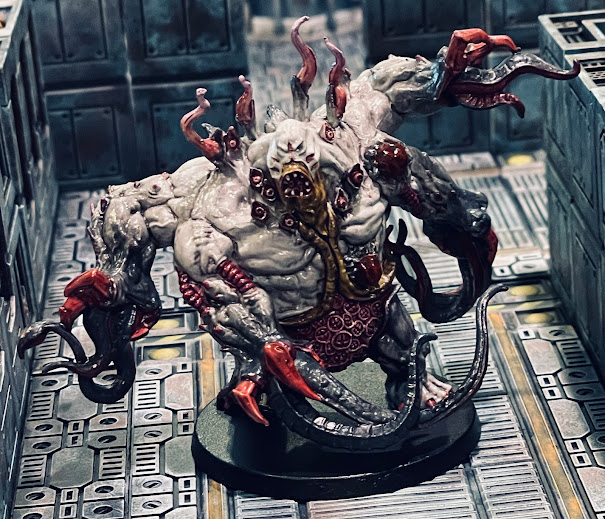 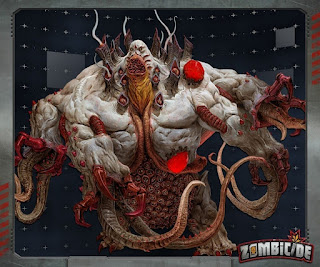 The Spoiler Abomination is the primary antagonist in the Zombicide Invader Core box.  I painted this large creature after I had already painted all the rest of the Xenos in the core box so I kind of knew the paint scheme and techniques I planned to use.
This abomination wasn't too difficult to paint thanks to several YouTube videos and plenty of game art for reference.  For the most part, I tried to stick to the artwork, but there are a few differences to note.  I wanted to keep the large tentacles looking similar to how I painted those on the Tanks which is the primary difference.  The small appendages coming out of the top orifices are also a bit different from the reference white.  I wanted them to match the Hunter face tentacles to tie them together a bit.

What could be more fun than painting a large wacky tentacle monster?  Two of them!  The Kickstarter included a second model of this figure and it can really give a different feel to the gameplay when both of them come stomping out on the board. 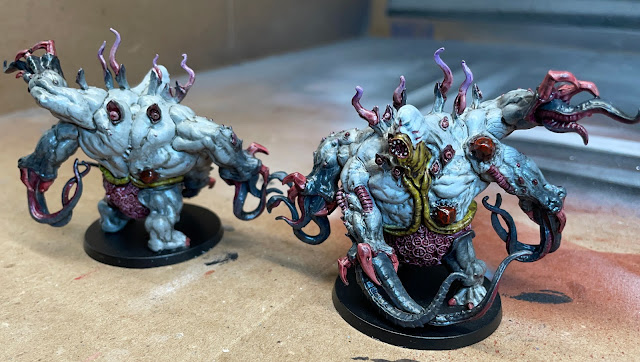 Below are the paints and steps I used to paint these: