Because I didn't have enough to do before the convention, I figured I should start another kit.  ;)  This time I'm working on a third aircraft support asset for the Rhodesians.  The model is a 1/48 scale Bell UH-1D Iroquois Helicopter made in Italy by ESCI which is unfortunately long gone as a company.  The modifications to this kit to make it a Rhodesian "Cheetah" are fairly few.  Similar to the Alouette III modification, a shroud will need to be added to the engine exhaust.  I'm not sure quite how to do that yet and will likely hold off at least for the convention...


Overall the model is going together very well.  The only problem I've had is with the two main body parts lining up properly.  It was difficult to get them together seamlessly even without the interior inside it.  Here is a shot of the interior: 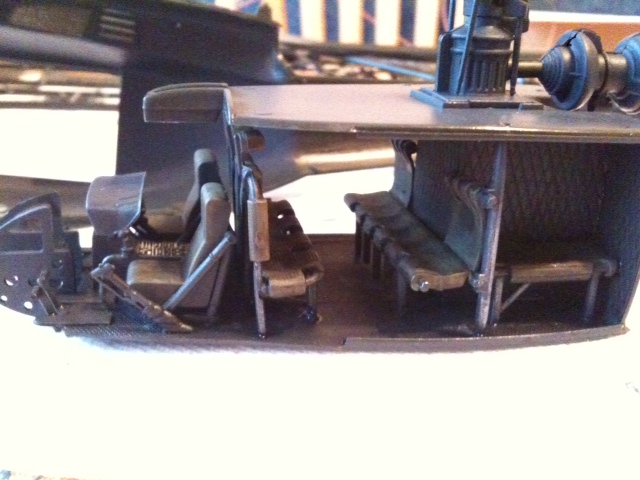 The instructions were pretty clear except for one omission - the row of seats behind the pilot seats is an option that is not mentioned.  The default setup for this kit is to include rocket/minigun pods and the seats are replaced with a big ammo bin.  It wasn't difficult to figure out how things should fit together - just odd they omitted it.  There is also a winch included in the kit, but I've got no idea where that is supposed to attach nor do I need it for the Cheetah.


Below is a photo of one half of the body with the washer to be used with the aircraft stand described earlier: 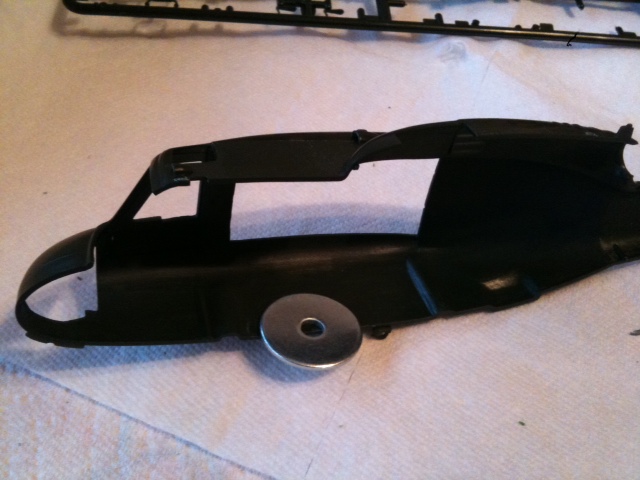 The interior will hide the washer and there is plenty of clearance so it fits nicely.

I got the body glued together last night, but didn't get any photos of it yet.  I did manage to break off the tail rotor which gave me a little concern.  This is probably a reason a lot of people don't use plastic scale models intended for static display behind glass in their wargames...   If I (or another gamer) happens to break it off again, I might drill it out and add in a magnet configuration that will tolerate a bit of bumping.  The much higher detail offered by plastic kits over resin or other vehicles intended for wargaming is still worth it to me to go the kit route.


Here is the box so you get an idea of what I'm building: 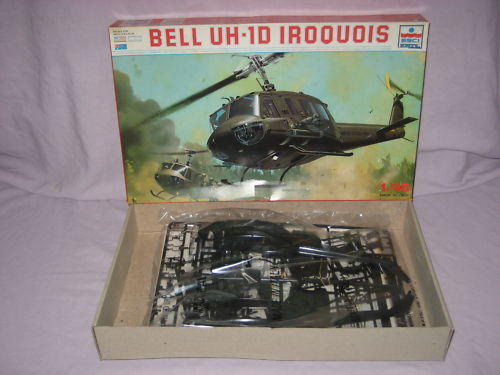