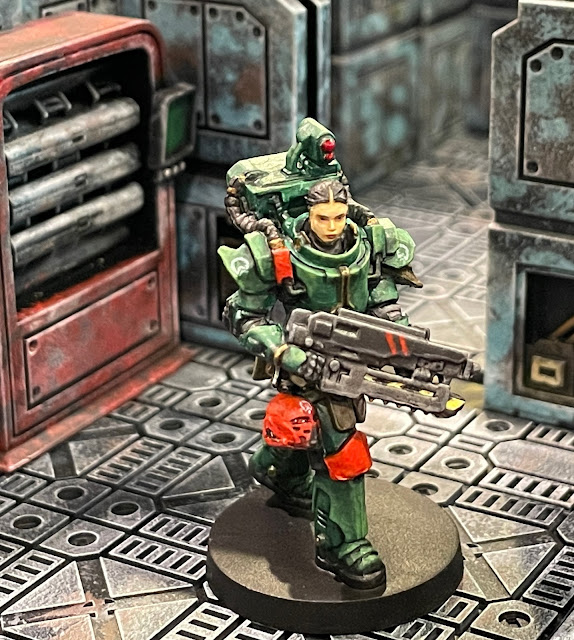 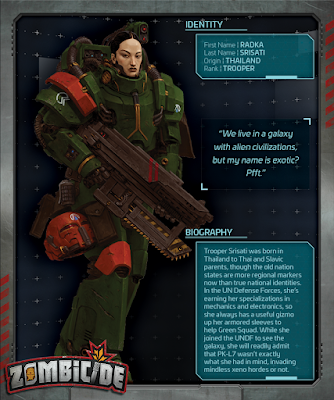 Radka is the 6th and final member of the Green Squad.  It is nice to have the whole squad complete and they look pretty nice all together.

There are some subtle differences in the armor that I find interesting.  I'm not sure if the development team had someone else designing it or if it is thematic in that she is a junior member and got some previous generation armor.  Maybe it is just specialized to assist in searching (not sure what the doodad is on the top of the pack).  Whatever the case, I like the look of the lower legs.

The encased chain-sword is also a difference between this and the other 'caution strip' wielding characters.  I decided to chop up a decal and stick it in the exposed area to stick to the game art.  It was a bit fiddly, but turned out ok I think.

If I had them to do over again, I'd try different green colors that might work better to glaze.  It is likely, however, that my technique is to blame for the slow and non-stellar results.

Regarding gameplay with this character, I have mixed feelings about the starting skill.  It is basically "Starts with a flashlight" - which sounds pretty weak.  Early in the game, it may be very useful - especially if no other flashlights are found by other characters.  Mid to late game, however, searching is usually not usually the focus and the starting skill of picking up two cards per search basically goes to waste.  I guess not every character can be 'Lucky'... 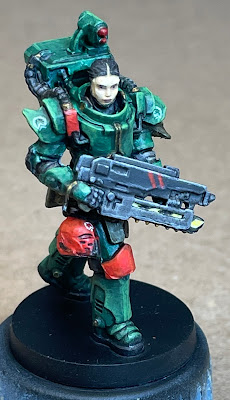 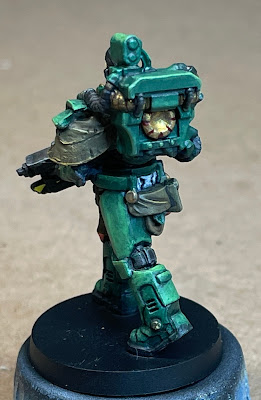 I guess the squad isn't complete quite yet.  Next up on the workbench... 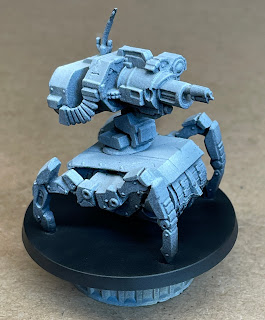 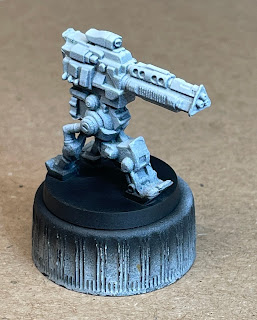