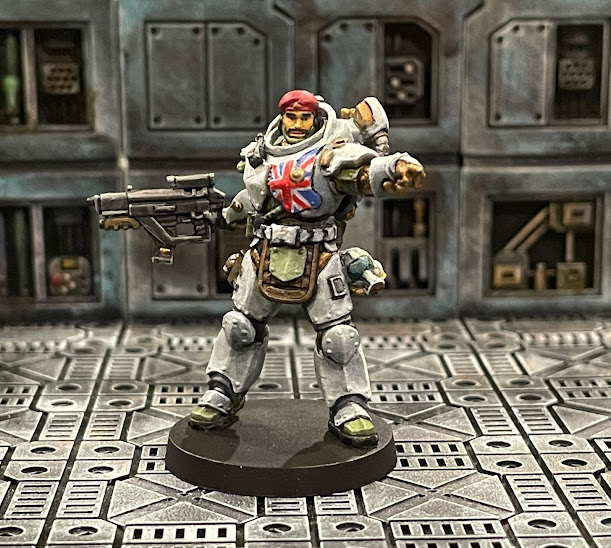 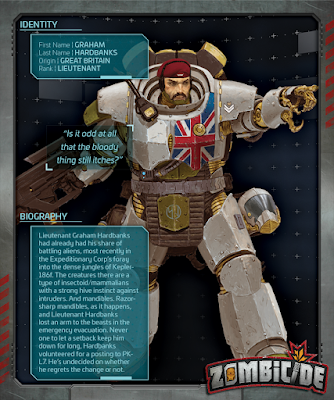 Lieutenant Graham is the 6th and last of the 'country-flag' characters.  The four in the core set plus Massimo and Lt. Graham all have their country's flag depicted on their armor and are pictured together below.  I just find that an interesting observation that there are exactly enough for a 'normal-sized' squad and will probably use them all together in a mission or two just to see them all together on the board.

Although it isn't as obvious as some and is unconfirmed, Lt Graham could be an homage To Michael Ironside who loses body parts in various movies including Starship Troopers.  There are pieces that don't fit though as the two do not look much alike and Michael is from Canada and not Great Britain as the flag on the model suggests.  Doesn't really matter, but I find it somewhat entertaining trying to figure out who's who with the various CMON games. 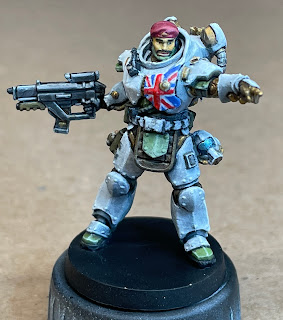 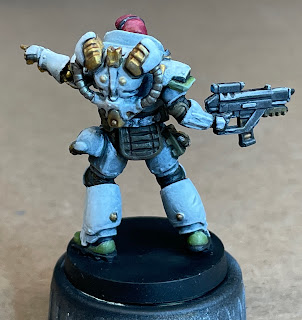 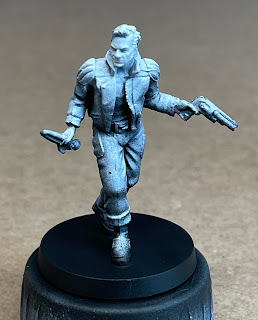