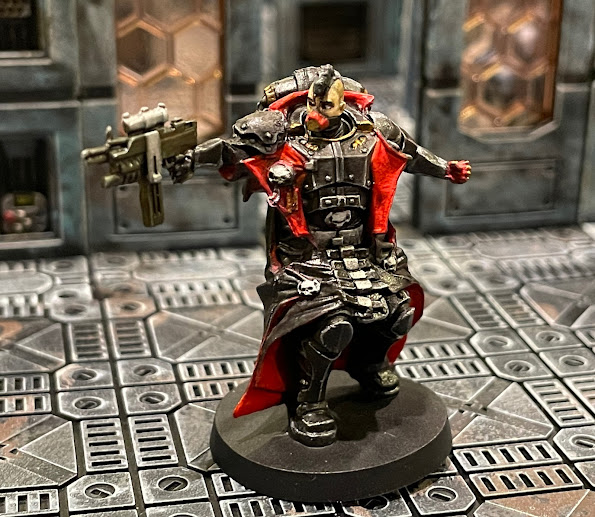 The Black Squad has been fun to paint thus far.  I painted Andrei and Maria at the same time since there are fairly few similar steps for each and I thought I'd save some time on dispensing and mixing the paint.  Painting two at the same time, but I wouldn't want to go for three as it is nice to see a figure 'done' in an evening and a half rather than three. 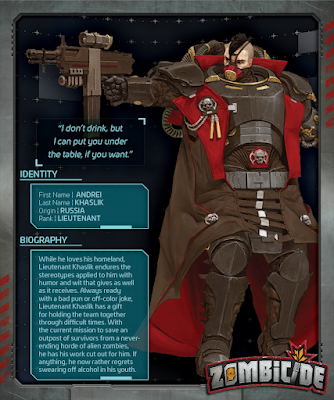 Taunt and Shove can be a powerful combination.  Shove is one of my favorite skills even though it doesn't come up extremely frequently, it can really prevent a loss due to some unfortunate circumstances.  Oddly, Andrei is decked out with a power fist according to the game art, but there is no sign of it on the miniature.  I compromised and gave him a red fist... 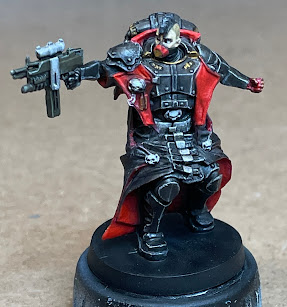 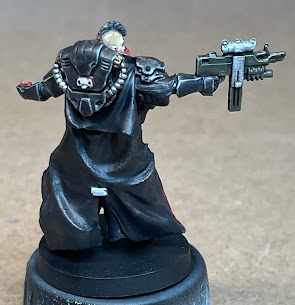 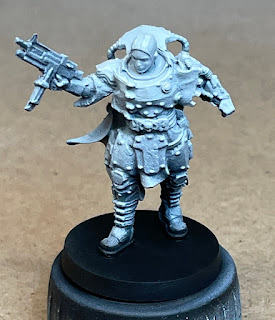